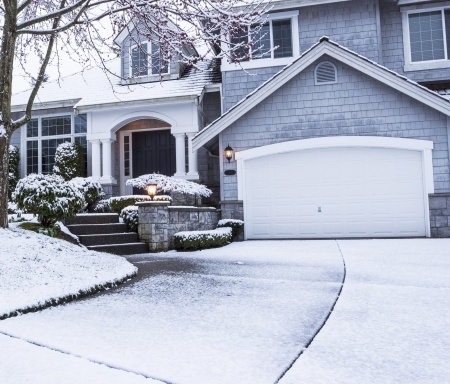 Last week’s scheduled economic events were packed into Tuesday and Wednesday, but several housing-related reports were released including the Case-Shiller National and 10-and 20-City Home Price Indices for September, The FHFA House Price Index also for September, and New and Pending Home Sales for October.

Double-digit percentage gains in home price growth in 2013 and earlier this year drove many would-be home buyers to the sidelines as narrow inventories of homes caused bidding wars in high-demand areas. 20 cities tracked by Case-Shiller had mixed results, with home prices falling in nine cities, rising in nine cities and prices were unchanged in two cities.

FHFA, the Federal Housing Finance Agency and overseer of Fannie Mae and Freddie Mac, reported year-over-year price growth of 4.30 percent in September against August’s reading of 4.80 percent. Lower price gains for September were expected as the prime period of summer sales wound down. FHFA reports on home prices related to mortgages and properties held by Fannie Mae and Freddie Mac.

The National Association of Realtors® reported that the Pending Home Sales Index dipped to 104.3 in October as compared to September’s reading of 105.1.Lawrence Yun, chief economist for the National Association of Realtors®, said that lagging wage growth and tight mortgage credit conditions were stalling demand for homes. Pending home sales usually close within two months and serve as a gauge for upcoming home sales and mortgage activity. A reading of 100 for the Pending Home Sales Index is equivalent to pending home sales performance in 2001.

New Jobless Claims rose to 313,000 last week and surpassed 300,000 for the first time in several weeks. Analysts had expected a seasonally-adjusted reading of 288,000 new jobless claims. Analysts said that a rise in claims could indicate a slower pace in hiring, but said that weekly readings are too volatile to indicate a trend. The four-week average of jobless claims was 294,000 new claims, which was near an eight-year low.

Home Buyer Guide - Winter 2021 Are You Thinking About Buying a Home? The process of buying a home can be overwhelming at times, but you don’t need to go through it alone. You may be wondering … END_OF_DOCUMENT_TOKEN_TO_BE_REPLACED

Spring is usually the busiest season in the housing market. Many buyers wait until then to make their move, believing it’s the best time to find a home. However, that isn’t always the case when you … END_OF_DOCUMENT_TOKEN_TO_BE_REPLACED

If you’ve seen recent headlines about foreclosures surging in the housing market, you’re certainly not alone. There’s no doubt, the stories in the media can be pretty confusing right now. They may … END_OF_DOCUMENT_TOKEN_TO_BE_REPLACED